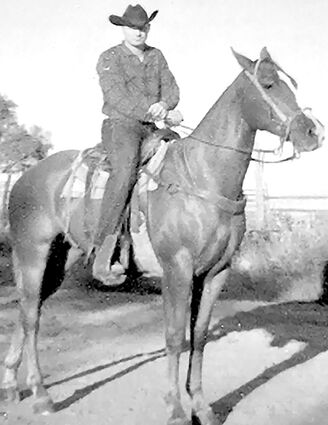 Celebration of Life service for Everette Whitney will be 8 a.m. Saturday, August 13, 2022, at the Waynoka Rodeo Arena with Jack Staats officiating.

Cremation arrangements are entrusted to Marshall Funeral Home of Waynoka.

Everette Dale Whitney, son of the late Vernon Everette and Pauline Estelle (Johnson) Whitney, was born September 8, 1935, on the Whitney family farm east of Waynoka, and passed away August 5, 2022, at Clinton, Oklahoma, at the age of 86 years, 10 months and 28 days.