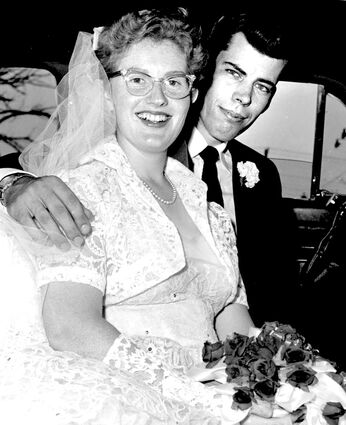 At the end of the Friends of Kiowa District Hospital and Manor Foundation's 7th Annual Jeans and Gems fundraising auction they had a surprise announcement. Foundation President Judy Schrock welcomed Deborah Helfrich to join her at the front and handed her a microphone.

Helfrich is one of three trustees for the relatively new Robert L. and Grace P. Hays Charitable Giving Fund. She announced to the Jeans and Gems crowd that the Hays Giving Fund is gifting $50,000 to the Foundation to be used for the manor improvement project. The other two trustees are Bob Cox and Laurie Hiltner.