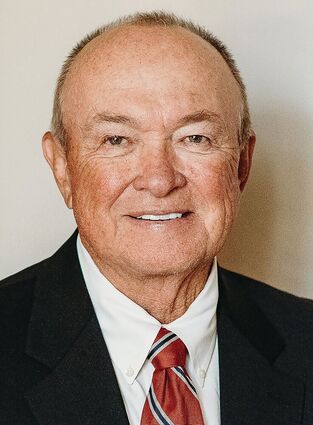 Northwestern Oklahoma State University alumnus Dr. Randy Smith, who is currently retired after 41 years in education, will deliver the commencement address at his alma mater during the university's fall commencement ceremony on Sunday, Dec. 4, at 3:30 p.m. in Percefull Fieldhouse.

"No one ever went home on weekends," Smith said. "We did everything together and never missed a ball game of any kind. Everyone lived in the dorms, and we played cards in the rooms at night. No one lived off campus unless they were married.

"There was a sports bar on the boulevard called 'The Stadium.' That was the hangout. Easy walking distance from the dorms, and I remember that after every home basketball game, the entire student body would walk out the north doors of the gym and across the street to 'The Stadium.'"

In addition to his fond memories of Northwestern as a student, Smith also has plenty of great memories as an employee. He served as the assistant dean of students, 1979-1981, and was the head baseball coach and an instructor in health and physical education from 1982-1998. Smith also served as director of athletics, 1983-1998.

Smith has numerous accomplishments from his time as the director of athletics, some of which include designing and implementing the first small college drug education/testing program in Oklahoma; leading an athletic program to nine conference championships in major sports (the only previous conference title at Northwestern was in basketball, 1949); securing corporate sponsorships; leading renovations to Percefull Fieldhouse and Ranger Field as well as working toward the development of the J.R. Holder Wellness Center. He also established Northwestern Athletics' two major fundraisers, the annual Ranger scramble golf tournament and the Red & Black booster club, and created the university's Sports Hall of Fame induction ceremony.

"I have lots of great memories as an employee, but winning our first two conference all sports trophies...that had never been done," Smith said. "Winning the football national championship and putting together the Sports Hall of Fame were also amazing. Most importantly, though, were the great friends I made while at Northwestern."

Smith served in many Northwestern roles from 1998-2001 including dean of the graduate school, director of distance learning, health and physical education department chair and professor of health, physical education and recreation. His last title at Northwestern was the dean of student services and enrollment management, 2001-2005.

Looking back Smith says two important people made an impact on his time at Northwestern.

After Northwestern, Smith moved his career to Kansas at Seward County Community College in Liberal; Newman University in Wichita and Oak Street Elementary in Goddard.

Smith resides in Edmond with his wife, Mitzi, who is a fifth-grade math teacher. They have one daughter, Madison, who is an OSU graduate and is in her second year of law school at the University of Oklahoma.

A livestream link for the commencement exercises can be found at http://www.YouTube.com/NWOSURangers.