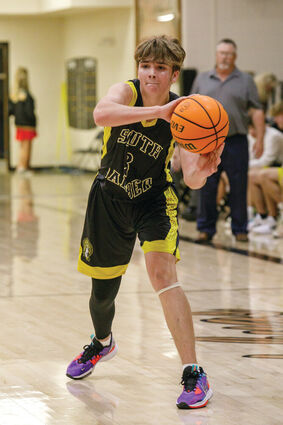 The South Barber girls and boys participated in the Alva-NWOSU Shootout basketball tournament Dec. 8-10. The tournament gave players a chance to try out their skills against teams they don't usually play. Both the girls and boys teams from South Barber played for the consolation trophy, and both teams lost their games by just two points, putting them in sixth place.