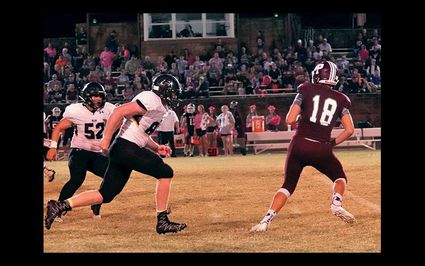 Judging by the Class 2A District 1 standings, Alva was the likely winner in the Friday night matchup with Perry. Perry was 0-3 in the district while Alva was 1-1. Perry was 3-4 for the season while Alva was 5-1. But the Alva Goldbugs fought hard for their 57-40 victory.

The Perry Maroons shocked the Goldbugs by grabbing their own opening kickoff and quickly put six points on the scoreboard. Alva was able to tie up the score. However, a safety put Perry ahead by two at the end of the first period.

From there it was a dogfight with Alva leading 29-16 at the half. The Goldbugs increased their...