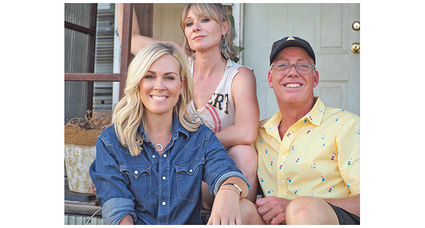 OKLAHOMA – "Send Me Wings," an Oklahoma faith-based short film, has been accepted to the Branson International Film Festival, where actors Rachel Cannon ("Fresh Off the Boat," "Mad Men") and Isaac Anton are both nominated for Best Actress and Best Young Actor, respectively. The Branson International Film Festival began Thursday, April 30. The film was inspired by the Bobby Cyrus book and song "Send Me Wings," was directed/produced/co-written by Lance McDaniel ("Crazy Enough," "Light from the Darkroom") and stars Cannon, who also served as producer and co-writer.