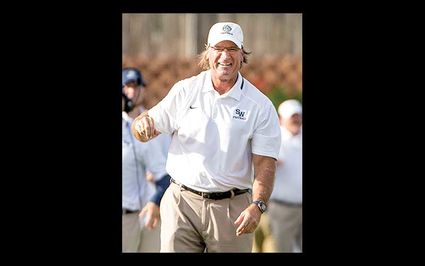 WEATHERFORD, Okla. – SWOSU Head Football Coach Dan Cocannouer announced Friday his intentions to retire at the conclusion of the 2017 season, his ninth as the Bulldogs head coach.

"It's been quite a privilege to coach at SWOSU, I think it's a great place and it's meant everything for me to be the head coach here for the past nine years," Cocannouer said. "This was a tough decision because I've been coaching for 39 years, but the time is right for me to step aside. I love this university and I want to make sure that I leave it in a position where they can continue to build and keep getting...