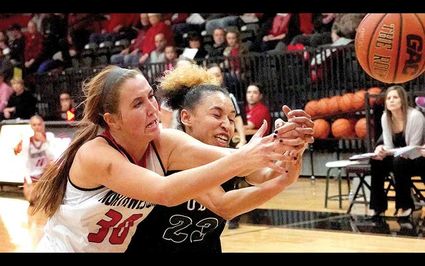 No one gained control of this ball before it fell out of bounds. At left is Lady Ranger Bailey Brown (30), fresman from Enid, and at right is OBU's Autumn Avida (23), junior from Austin, Texas.

McDonald led the way with 17 points and 11 rebounds, her third consecutive game with at least...