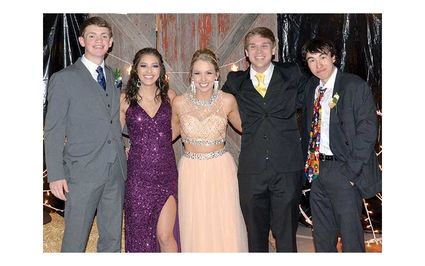 The Burlington junior class, along with sponsor Barbara James, planned and prepared this year's prom centered on their theme "Country Nights." The class used wagon wheels, milk cans, hay bales, sunflowers, Mason jars, a windmill, a watering trough with a fountain and lots of lights to simulate a starry night. 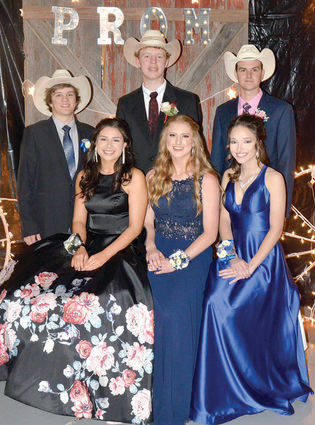 The students arrived in style for the prom walk in sports cars and antique pickups. The students invited all of the teachers and the school board, as well as their spouses, for a steak dinner. The meal was prepared by the junior moms with the help of Mayor Jack Davis, who prepared the steaks.

Each student received a laser-engraved Mason jar made by the junior boys as a memento of the evening. Lots of hard work went into preparing for a lovely country night for those in attendance. The students enjoyed a dance with lights and music from BOSS music.

After prom, the students were taken by "party bus" to Cookies Bowl in Alva, with lots of prizes and games.