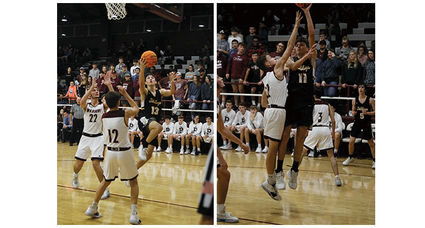 Alva knew going in that Friday night's game at Perry would be tough. The Perry Maroons were ranked ninth in Class 3A basketball with a 6-0 record. At 2-5 for the season, the young Goldbug team is in an experience-building year. The Goldbugs are also feeling the loss of Cole Hague who suffered a concussion in the game at Newkirk.

Despite expectations, the Goldbug defense held strong, limiting Perry to just two points in the second quarter. The Maroons pulled away in the third period with 20 points to Alva's 10 on the way to a final of Perry 49, Alva 30.