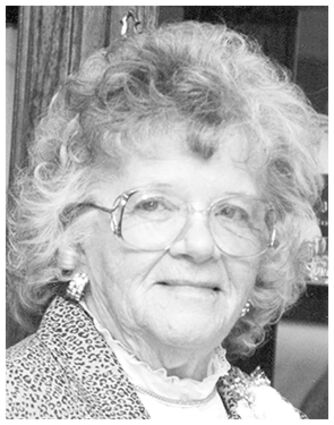 Beverly Jo Roots, daughter of the late Jess and Bertha Leota (Parker) Daughhetee, was born August 5, 1934, in Alfalfa County, Oklahoma, and passed away December 17, 2020, in Cherokee, Oklahoma, at the age of 86 years, 4 months and 12 days.

Beverly graduated Burlington High School. On May 28, 1953, she was united in marriage to Richard Dean Roots in Medicine Lodge, Kansas. They lived in Holcomb, Kansas, for 25 years. There she worked on the Bill Rapp Farm where she bailed hay, set irrigation pipe, cut and hauled wheat, corn, and milo, worked cattle and all the things that farm life entails.

They moved to Cherokee in 1985 where she was a homemaker and helpmeet to Richard. She has lived at the home of her son-in-law and daughter, Jason and Yolanda Tullis for the past two years.

Besides her parents, she was preceded in death by an infant son in June, 1954; her husband in February, 2010; an infant brother, Milton Arthur; her brother, J.D. Daughhetee in June 2015, and sister, Lornella Rieger in November 2017.

Beverly is survived by her daughter, Yolanda and husband, Jason of Cherokee; many nieces and nephews; other relatives and friends.

Memorial contributions may be made through the funeral home to the Hospice Circle of Love in Enid.