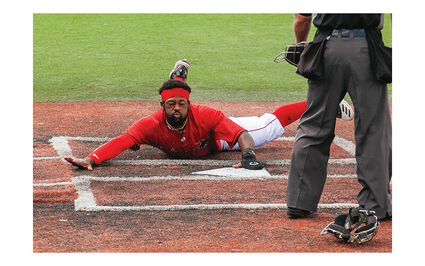 ALVA, Okla. – Northwestern Oklahoma State opened their final regular-season series against Southern Arkansas on Friday. The Muleriders were able to take both games against the Rangers on Friday night, winning an offensive battle 13-10 taking advantage of a seven-run inning. Southern Arkansas was able to win game two from a four-run second inning.

The Rangers fall to 25-14 on the season 20-12 in Great American Conference play, while Southern Arkansas moves to 27-12 with a 23-9 conference record on the year.

The Rangers offense was led by Marques Paige, finishing the afternoon with three hits on the day tied with Blake Hoffman for the team lead in game one. Jake White and Grant French followed with two hits. Thomas Beiswanger, Yugo Hamakawa, Daschal Johnson, Dylan Norsen, Chase Orrock had a hit each. Paige led with 5RBI, followed by Hamakawa with two each delivering a two-run home run. Johnson, French, and Norsen each had one RBI.

In the top of the first inning, Southern Arkansas threatened to score, moving runners on the corners before Creedon would escape the jam holding the Muleriders scoreless. The Rangers would get a hit back but would not score.

The scoring began after a scoreless second inning the offensive parade would start in the third. The Muleriders would get the leadoff man on, and following a stolen base, he would score on an RBI single. He was then followed by four straight home runs to give the visitors a 6-0 lead at the time. After a two-out double to extend the inning, a Rangers error would give the Muleriders their seventh run of the inning for a 7-0 lead.

In the bottom of the third inning, the Rangers would start to climb back into the game. Orrock and White would start things off with a single; following a Hamakawa walk, the Rangers had the bases loaded with one out. Johnson's walk would force the first Northwestern run across the plate. Paige would follow with a 3RBI double into left-center field, bringing the Rangers back within three. French would double home the last run of the inning, scoring Paige.

Lovato threw a scoreless fourth inning; the Rangers answered to tie the game back at seven. White would draw a walk in the inning before Hamakawa would blast a home run to left field to tie the game.

The game didn't stay tied for long following a leadoff double for Southern Arkansas. Peterson answered back with a 2-run home run to give the Muleriders the lead back at 9-7 in the fifth inning. The Muleriders would then extend their lead to 10-7 on a solo home run from Jacob Martinez.

The game stayed 10-7 until the seventh inning when Paige would deliver a two-run home run to left field to bring the Rangers deficit to 10-9. Norsen tied the game on a single back up the middle to even the score at 10-10 as Hoffman crossed the plate.

Ethan Swanson got the ball to start the second game for the Rangers, throwing 4.2 innings of work, allowing seven runs on nine hits while striking out three. Connor Gibson threw 2.1IP, striking out five Muleriders hitters.

The Rangers' offense was led by Dylan Norsen, Daschal Johnson, and Chase Orrock, each completing the game with two hits throughout the game. Norsen led the team with 3RBI, followed by Johnson having the last RBI.

Southern Arkansas got a leadoff single and a stolen base from their leadoff hitter Baker before getting knocked in from an RBI double from Morris. Rangers had a runner reach second after Johnson stole second; however, he would not come around to score.

The Muleriders added to their one-run lead in the second inning with a leadoff single followed by a 2-run home run by Peterson to extend the visitors' lead to 3-0. Southern Arkansas would score another run following a bases-loaded walk forcing the next run in. The visitors added their fifth run on a sacrifice fly.

The Red and Black answered back with two runs in their half of the inning after a leadoff walk. Norsen would step up and deliver a two-run home run putting the Rangers on the board bringing the deficit to 5-2. 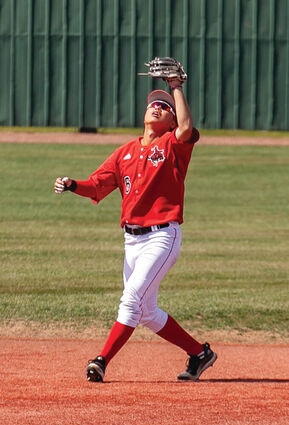 Yugo Hamakawa (5) catches a pop fly in the infield during Friday's game against Southern Arkansas University. Northwestern ended up losing the game 4-8.

The Muleriders, though, responded quickly, adding a run to their lead in the third inning on back-to-back doubles to start the inning from Muldoon and Peterson for the RBI double. The Rangers continued their comeback push with two runs in the third inning, first on a Johnson solo home run before Norsen would drive in a run with an RBI single, scoring Paige bringing the deficit to 6-4.

Both starting pitchers continued to battle through the game tossing a scoreless fourth inning for each team.

In the fifth inning, the Muleriders added to their lead following a leadoff walk. Morris would deliver an RBI triple to right field, extending the lead to 7-4. In the sixth inning, Muldoon hit a solo home run to left field, bringing the Mulerider lead to 8-4.

The Rangers threatened to score in the seventh inning, trying to mount a comeback with runners on second and third but were unable to score as their starter Womack finished off his complete game.

Northwestern was back in action Saturday afternoon to close out the regular season against Southern Arkansas.