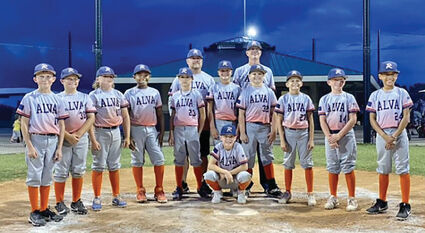 The Renegades now have a record of 33 wins and two losses. They will be headed to the OK Kids Baseball Regional Tournament in Woodward as the No. 1 seed. The 10 and under regional games are July 6-10.