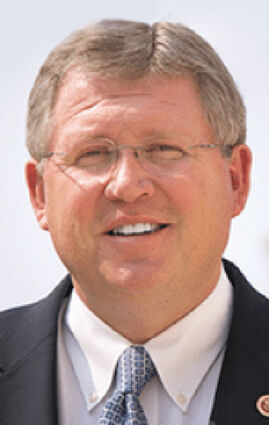 Driving south from downtown Oklahoma City, it is hard to miss the sudden culture shift.

Spanish-language signs and billboards line many streets, such as Southwest 29th Street, where the number of Hispanic-owned bakeries, restaurants, mechanic shops and other businesses has significantly increased over the past decade.

Oklahoma's Hispanic population grew more than any other demographic group over the last 10 years, with Oklahoma City's southwest side fueling much of the growth. The increase in population and economic activity has buoyed hopes that Hispanics, a group long under-represented in Oklahoma politics, would finally see their political capital rise.

But now the GOP-led Legislature is on the verge of passing its congressional redistricting plan, which critics say would mute the group's growing political, and largely Democratic, voice.

State Rep. Jose Cruz, D-Oklahoma City, said the proposed maps, which would move thousands from the heavily Hispanic southwest side of the city from the politically competitive 5th Congressional District to the firmly Republican 3rd Congressional District, show "blatant partisanship" from Republicans, who have been in charge of the redistricting process.

"It sends a message to our constituents: 'It doesn't matter what you think as long as we're in charge,'" he said.

The Hispanic population in Oklahoma increased by 42.1 percent in the past 10 years according to the census, increasing the percentage of Hispanics in the state from 8.9 percent of the state's total population in 2010 to 11.1 percent now.

Under the current congressional maps, the Hispanic voting-age population is highest in the 5th District, which covers most of Oklahoma County and all of Pottawatomie and Seminole.

Democrat Kendra Horn broke a 21-election GOP winning streak in 2018, defeating 5th District incumbent Steve Russell with 50.7% of the vote. Stephanie Bice retook the seat for the GOP in 2020, beating Horn with 52.1% of the vote.

All six of Oklahoma's congressional seats are held by Republicans, and the 5th District produced the only competitive races since 2012. GOP lawmakers took steps that could strengthen that grip, proposing a map that separates the dense Hispanic population in south Oklahoma City into three different districts:

Much of the southwest side would be put in District 3, represented by U.S. Rep. Frank Lucas, R-Cheyenne a farmer and rancher whose district extends to the western borders including the panhandle.

A portion of southeast Oklahoma City, including Del City and areas around Tinker Air Force Base, would be moved to the 4th District, represented by U.S. Rep. Tom Cole, R-Norman.

The area north of Interstate 40 and wrapping around Tinker Air Force Base would remain in the 5th District.

State House Rep. Ryan Martinez, R-Edmond, who chairs the Legislature's joint Select Committee on Redistricting, refuted suggestions that lawmakers unfairly carved out the Hispanic population to make their map work. Asked what Hispanic representation is going to look like in Oklahoma over the next decade during a press conference this month, Martinez said "we don't take race into account."

But the proposed map cuts the number of Hispanics in District 5 in half - from 153,173 to 78,218. Democratic lawmakers say the move is an attempt to dilute the largely Democratic Hispanic vote in the area and solidify Republican congressional incumbents.

"The group that benefits the most from these new lines is the GOP," said Rep. Forrest Bennett, D-Oklahoma City, who represents State House District 92, an area that extends from the city's downtown core to the south side. "I don't know how else to say it. At the national level, they are trying to make sure that they position themselves as best they can to retake the House."

Representation for Hispanic Oklahomans in the state's congressional delegation was far from the only concern raised in interviews with state legislators, attorneys and business people who live and work in south Oklahoma City.

Some expressed concern over how cutting their community into three districts instead of two - Cole has represented portions of south Oklahoma City since 2002 - would affect Hispanic voter participation. Others shared a historic feeling of being forgotten by the greater metro area that has not dissipated even in the face of explosive growth in Oklahomans identifying themselves as Hispanic.

"Over the past 20 years, with (redistricting maps) and lots of other initiatives, there has been more of a uniting of the urban core than I've ever seen in my life and I was born on the southwest side of Oklahoma City," he said.

Though Brooks said it's unfortunate the south side is going to be split up, he sees a positive sign for the future.

"Projecting out, if (population trends) continue the way they are, gerrymandering may be more difficult just because the (Hispanic) population may be spread out over the entire state," he said.

'Looking For Different Things On the Ballot'

The growth in Oklahoma's Hispanic population beyond its urban cores is visible in Canadian County, which led state counties with a 110% increase followed by Logan (84.5) and Payne (79.7).

"I think there's a greater concentration of Latino entrepreneurs starting their own business on the southwest side of Oklahoma City that you don't see in most parts of western Oklahoma," he said. "You don't see, you know, the depth and breadth of entrepreneurship that we see on the south side."

At a press conference earlier this month, State House Speaker Charles McCall, R-Atoka, responded to a question about what people in southwest Oklahoma City have in common with those in Guymon, a small town in the panhandle, with his own question.

"What language do you think is the predominant language in Guymon Public Schools?" he said. "It's Spanish. Not English."

Texas County, where Guymon is located, saw a 25% increase in its Hispanic population since 2010, making just over half of the population in the county Hispanic. The growth can largely be attributed to the establishment of Seaboard Foods, the nation's fourth largest pork processor in the 1990s. Seaboard created the opportunity for Latinos to settle and start families in the area.

Cruz, one of four Hispanics in the state Legislature, said the people in Guymon have different, rural needs. He said it was not the GOP's goal to lump central Oklahoma Latinos populations in with those in the panhandle.

"While that's what it looks like that's definitely not the reason why and definitely not the goal in mind," he said, pointing out that other towns in the 3rd District such as Altus, Enid and Woodward have small Latino populations.

Even how people self-identify is hardly uniform. The U.S. Census Bureau defines Hispanics or Latino "as a person of Cuban, Mexican, Puerto Rican, South or Central American, or other Spanish culture or origin regardless of race.

Though Bennett said his Hispanic constituents' issues are "a lot more similar to everyone else's: They want jobs, they want safe communities," he points out that U.S. Rep. Lucas normally runs for re-election on rural issues. Efforts to reach Lucas, which included multiple voice messages left with his Yukon and Washington, D.C. offices, were unsuccessful.

Javier Hernandez, an immigration attorney based in Oklahoma City said voting-aged Hispanics in the state can vary in their participation in elections and the political process. Some are politicians, engaged business owners and activists, he said. Others "don't know or don't care for politics."

The percentage of constituents who research ballot issues and candidates varies according to demands on their time, Cruz said.

"South Oklahoma City is home to hard-working people," he said. "People working blue collar jobs. They work two-to-three jobs. They make less, so they have to work more to provide for their families.

"Even for English-speaking voters, figuring out what the ballot means, who the candidates are, what the state questions mean, that's hard work."

Bennett said it comes down to a sense of belonging. Though the population in Oklahoma City's south side is exploding, its "political power is not there yet because the participation rate isn't there yet. A big part of that is because they have regularly felt forgotten by the rest of the city."

After feeling left out for decades, Cruz said south Oklahoma City residents and members of the Hispanic community have been appointed to city and state boards and commissions in recent years, allowing them to see themselves in municipal government.

"People are finally starting to feel like they can share their concerns with their elected officials, knowing that they will be taken seriously," he said. "Progress has been made to bring our city together. 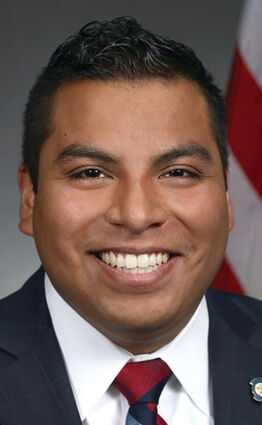 "These congressional maps, however, tear us apart. The people that drew these maps behind closed doors looked at Oklahoma City and asked 'what community lacks the political power and acumen to oppose such an egregious move?' And they chose mine."

Lionel Ramos is a Report for America corps member who covers race and equity issues for Oklahoma Watch. Contact him at (210) 416-3672 or [email protected] Follow him on Twitter at @LionelRamos21

Trevor Brown has been an Oklahoma Watch reporter since 2016. He covers politics, elections, health policies and government accountability issues. Call or text him at (630) 301-0589. Email him at [email protected] Follow him on Twitter at @tbrownokc