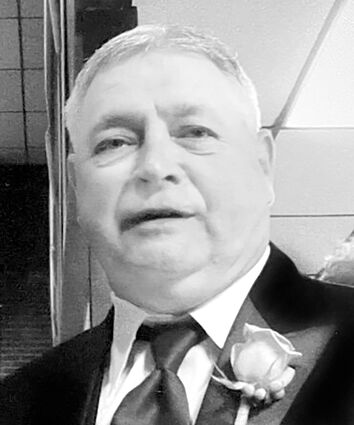 Daniel (Dan) Joseph Frieden was born the youngest son of Joseph and Mildred Frieden on February 15, 1953, in Hardtner, Kansas. He passed away at his family home in Kiowa, Kansas, on April 18, 2022.

Dan graduated from Burlington Public Schools in 1971 where he was a member of the basketball team. He then went on to graduate with honors from the OSU-Okmulgee Auto Mechanic Program in August of 1973.

After graduating, Dan worked for John Deere Tractor in Kiowa, Kansas, until he purchased his grandfather's filling station in Hazelton, Kansas.

In 1980, Dan married Pamela Johnson of Alva, Oklahoma, and they made their home in Hazelton, Kansas. To this union, three sons were born: Cody, Kelly, and Bret. In 1983, they moved to Alva where Dan worked at a parts store called Green Light Auto. Dan enjoyed playing and umpiring softball – which began his officiating career. Dan was also worship leader at the Alva Friends Church.

While in Stillwater, Dan worked several odd jobs to support his family. He worked in parts, custodial services, food services, motor services, maintenance, and officiating; but officiating was Dan's greatest passion up until the day of his passing.

Dan will be remembered by those on the field, coaches and players alike. Dan was always friendly to everyone and loved to see the good in people. He never knew a stranger, made anyone feel welcome, had an infectious laugh that was unforgettable, and would help anyone in time of need.

Kiowa arrangements are by Lanman Funeral Home, Inc. of Kiowa. Online condolences may be made at http://www.lanmanmemorials.com.

In lieu of flowers, the family requests memorials be made to St Jude's Children's Hospital through the funeral home.