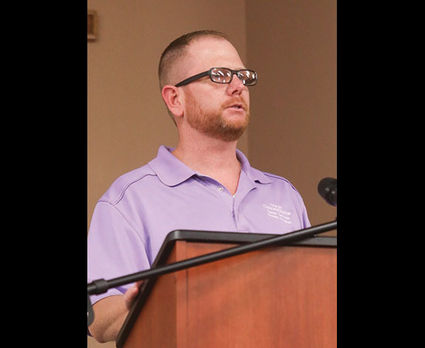 The 63 members of the April 28 Bill Johnson Correctional Center (BJCC) graduating class heard an eye-opening statement from their commencement speaker Friday afternoon. After the family members of the graduates were welcomed by Warden Becky Guffy, she was followed by Educational Site Supervisor Greg Lyon.

Lyon introduced former inmate Daryl Legg as a three-time convicted felon who has risen to the position of Director of Economic Development and Reentry Programs for the Cherokee Nation. His honors have continued to mount as the governor has asked him to be on a task force for the de-popula...