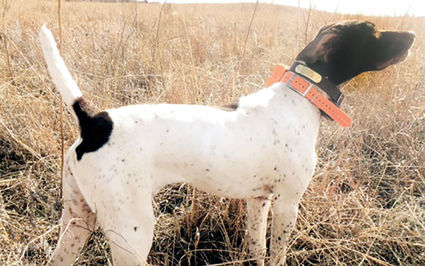 Jack, a German shorthaired pointer, disappeared into thin air in 2015 while hunting with his owner in Alfalfa County.

The Burnet family of Manchester has owned a large parcel of grass land in Alfalfa County for five generations. This land was homesteaded in 1893 and at one time probably had a family living on each quarter-section. My grandfather also homesteaded land in Manchester. I was raised on his Centennial farm.

I have had the Burnets' 1,600 acres leased for hunting for 23 years. As a protection from fire danger and ease of moving around we mow strips over the entire property for the deer and quail hunting seasons.

In late December 2015, my friend Jim Ferguson and I were hunting quail with my fabulo...