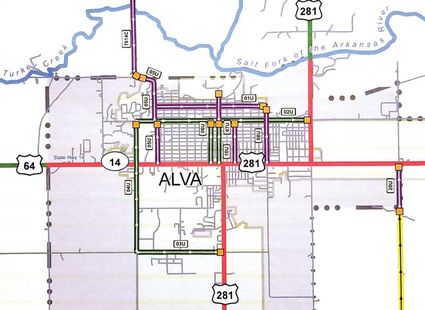 Alva streets marked in green and purple are being considered for inclusion in an application for an Oklahoma Department of Transportation grant. The grant is designated for streets feeding into highways.

One of the grants is for safe routes to school. He said the sidewalks being considered for the application include a route from Harper Road to the Buena Vista Apartments then along Sunset and Murray to the Lincoln School. The route goes right by one of the university dorms. Applications may be...