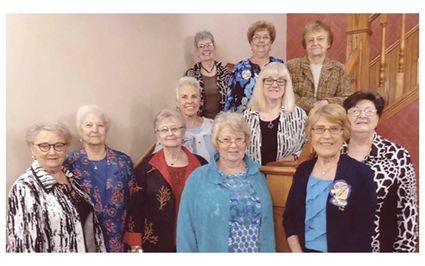 The 88th anniversary of Beta Sigma Phi International Sorority was celebrated by two local chapters at the annual Founder's Day Banquet held on April 30. Beta Sigma Phi is an international women's friendship network that provides educational programs to its members and opportunities for service to others. Members enjoy cultural and social events and donate to international funds and local worthwhile causes. 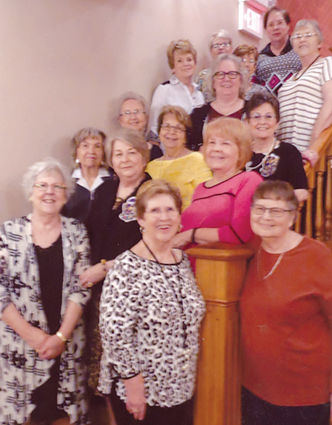 Members gathered at The Runnymede in Alva and enjoyed punch and visitation during the social period. A delicious meal, prepared by Sterling's Catering, was enjoyed by all. The program was provided by Kiley Feely, director of elementary music at the Alva Public Schools, who sang a beautiful medley of patriotic and inspirational songs.

A review of the past year's activities was presented by each chapter, and perfect attendance awards were announced. Current officers for each chapter were recognized, and next year's officers were introduced. Honorees receiving the Girl of the Year Award were Linda Overton, Beta Eta Chapter, and Janet Jakubek, Xi Gamma Nu Chapter. At the conclusion of the banquet, President Jakubek led members in the closing ritual.