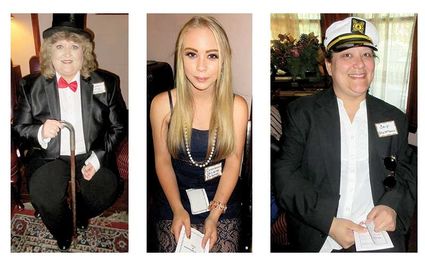 Girl Scouts with Senior/Ambassador Troop No. 969 decided to do an activity none of them had done before, but were excited to try. The scouts this past weekend traveled to Guthrie to attend a murder mystery dinner. 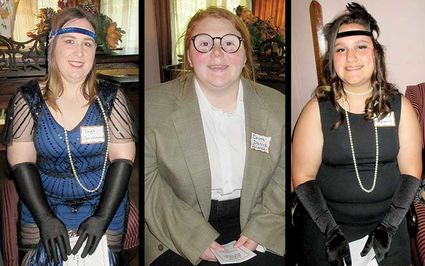 After dinner, everyone settled in the parlor of the Stone Lion Inn to begin the murder mystery. A week ahead of time everyone was assigned a part in the mystery. Some women played men's parts since there weren't enough men attending for this particular play. The play was set in the 1920s so the men wore suits and bow ties and the women wore flapper dresses.

Upon arrival, participants were given their speaking parts along with clues for their own character. After the process of the reading of the will and everyone reading their parts, participants were split into two groups to discuss who they thought committed the murder and why. Both groups got half of the mystery correct but neither group actually figured out who the culprit was who committed the murder.

Even though the scouts did not get the right conclusion, everyone had a great time. The lady helping with the play said not to feel bad because they hosted a group of investigators before who did not figure it out either. It just goes to show you that you have to pay attention to even the smallest clue.