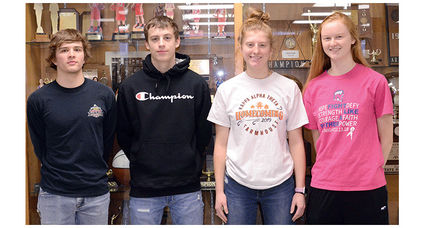 These players include seniors Tateyn Reiger and Anna Motycka and juniors Kayla Highfill and Preston Paschall. All four players combined for 227 points. Preston Paschall had a triple-double against Kremlin-Hillsdale with 12 points, 16 rebounds, and 10 assists. Tateyn Rei...