Citizens choose Holder Drug as Business of the Year 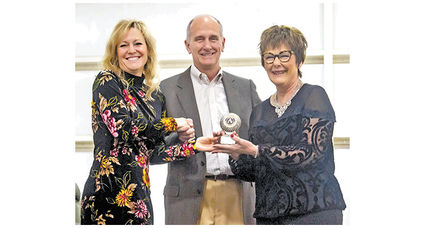 The Holders moved to Alva when Jim Holder accepted a job with J.W. Montfort as a pharmacist for Montfort Drug and Bookstore in 1950.

In 1952 Mary and Jim purchased Hester Drug on the South side of the square. L.O. "Doc" Southern and his wife Elizabeth joined them after the Montfort fire and Holder-Southern Drug was formed. When "Doc" retired, Mary and Jim repurchased Holder Drug.

Jim and Mary were energetic boosters of the Alva...