Kisling says he was spoiled because he grew up in Burlington 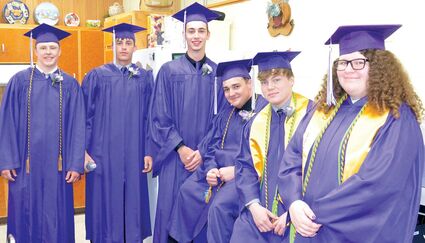 “I grew up spoiled, but it's not like you think. I was spoiled because I grew up in Burlington,” 1990 BHS graduate Brent Kisling said to the Class of 2021 at their commencement May 14. Six graduates walked down the aisle in their purple caps and gowns and across the stage to receive their diplomas.

As commencement speaker, Kisling delivered an entertaining message to the crowd. He graduated 31 years ago and said he was known as “Chad Kisling's brother” (his younger brother). Graduating with multiple honors from OSU, he has an extensive background in commerce. When Gov. Kevin Stitt...