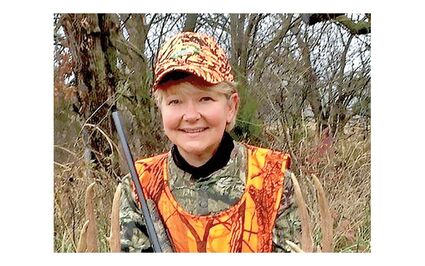 Oklahoma Wildlife Conservation Commissioner Leigh Gaddis of Ada was selected to become chairman of the Commission beginning in July. She becomes the first woman to hold that position in Oklahoma. Photo provided

The selection of Leigh Gaddis as chairman marks the first time the state Wildlife Conservation Commission will have a female at the helm.

Gaddis, of Ada and an Alva native, was appointed by then-Gov. Mary Fallin in 2014 to serve out an unexpired term, and again in 2018 to a regular eight-year term representing District 4 in central Oklahoma.

"The outdoors are so important to me and my entire family, and it's an incredible honor to be able to help support the mission of conserving our vital fish and wildlife resources while expanding opportunities where we can to enjoy those resources," she...