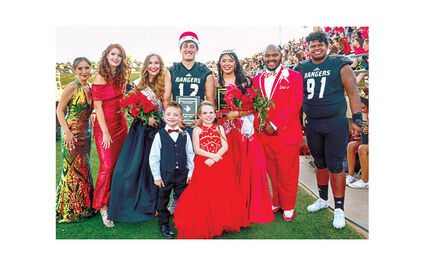 Hundreds gathered around the downtown square on Saturday, Oct. 9, for Northwestern Oklahoma State University's annual homecoming parade, then headed to Ranger Field to watch the massed bands perform, learn who the Ranger Royalty and homecoming button winners would be, and to watch a Ranger football game, all to celebrate Northwestern's homecoming. The theme was "Game On: Ranger 2021 Edition." People came from all over to be in Alva for this event.