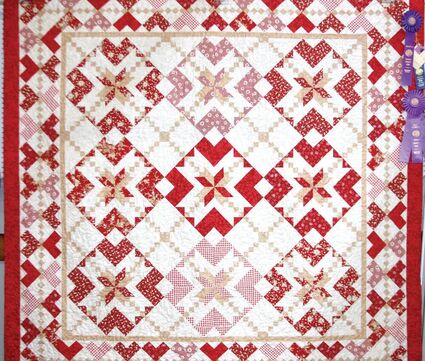 Two longtime quilters who are members of the Scrap Pack Guild entered their keepsakes in the Barber County Kansas Fair that were selected as overall Grand Champion and Reserve Grand Champion.

They are Janet Elwood of Kiowa, whose quilt was grand champion; and Teresa Farrar of Medicine Lodge who made the reserve grand quilt. The two are good friends. In fact, Farrar has a business she established in 2007, which is Home Star Quilting that does long arm quilting. She actually quilted Elwood's quilt that won grand champion.

The Scrap Pack Guild that you'll find on Facebook has alternate meetin...